Rare Earths and the Transition to Clean Energy

The mid-term development potential of electric vehicles and neo magnets could push demand for rare earth elements to new heights.

Neo magnets, which are crucial components in electric vehicles, utilize about 37% of rare earth elements in their production (EVs). Electric motors employ permanent magnets and coils that have been magnetized by electricity to propel an axle using the force produced when two magnets with opposing poles reject each other. An electric car's wheels are powered by the force (torque) of the spinning axle. The coercive force and flux density of a magnet are typically used to determine its strength. The rare earth neodymium magnets have the highest coercivity of the four main types of magnets while maintaining a similar flux density to their less powerful counterparts. They are ideal for high-powered electric vehicles because of this combination.

The low working temperature of basic neodymium magnets is a disadvantage. This means that at temperatures of 60–80°C, such as those seen in an electric engine, they lose their magnetism. To address this problem, the rare earth element dysprosium, or, more rarely, terbium, can be used to raise working temperatures above 160°C. For this reason, neo magnets for EVs tend to be composed of around 24% neodymium, 7.5% dysprosium, and 6% praseodymium.

Production of praseodymium is expected to rise from 150–300 tonnes in 2017 to 5,000–10,000 tonnes by 2030. However, the number of rare earth elements required per electric vehicle is unlikely to remain constant, and will almost certainly increase as technology advances. Nonetheless, a maturing electric vehicle industry signifies a massive increase in rare earth demand.

The usage of rare earth is critical in the renewable energy business, and its growth prospects have a significant impact on the rare earth industry. According to recent projections, renewable energy will account for roughly three times as much electricity generation in 2040, accounting for more than 40% of overall power generation. Renewable energy is being used more directly in transportation and thermal applications, but the quantities are still small. The amount of renewable energy in the global heat supply is predicted to rise from 5% to 15% by 2040, according to global heat supply forecasts. China, the European Union, India, and the United States, the main consumers of renewable heat, are estimated to account for over 60% of this increase.

Biofuel demand is predicted to rise to 4.7 mboe/d by 2040, accounting for 6% of the transportation sector's renewable energy use, with the rest coming from electric vehicles fueled by renewable energy. In the SDS (Sustainable Development Scenario), renewable energy contributes to heat supply at a substantially quicker rate, reaching 1100 Mtoe by 2040. By 2040, demand for biofuels will have risen to almost 7 million barrels of oil equivalent per day. The constant supply of the important material-rare earth-underpins the growth trend of the electric car and renewable energy industries, and the rare earth sector is likely to grow even more in the future.

Rare earth minerals, notably neodymium, terbium, indium, dysprosium, and praseodymium, are required for renewable energy development. These are employed in the manufacture of solar panels and wind turbines, among other things. If the world is to reach the Paris Climate Agreement's greenhouse gas emission targets, the availability of these minerals must grow by 14 times by 2040.

According to one analysis, if the rest of the globe developed renewable electricity capacity at the same rate as the Netherlands, there would be a significant deficit. This does not cover other rare earth metal applications in the electronics industry. When alternative applications (such as electric vehicles) are considered, the number of specific metals required increases even more. 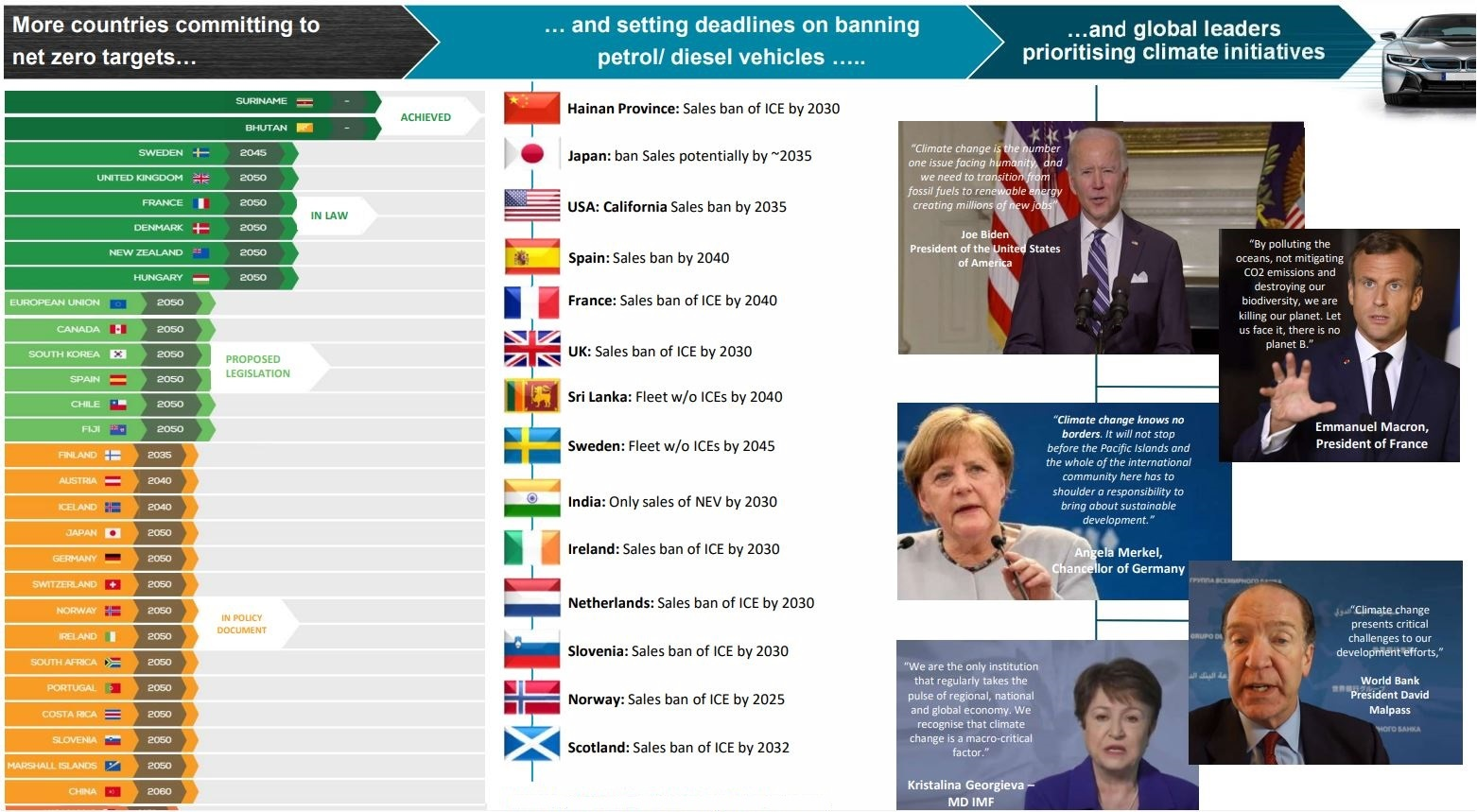