Sichuan is proud of having a rich and diverse supply of natural resources thanks to its complex geological features and ideal mineralizing conditions. A total of 132 different types of mineral resources, or 70% of the country's total, have been found. 94 types have been confirmed to have sizeable reserves, 32 of which rank among China's top 5 in terms of secured reserves. 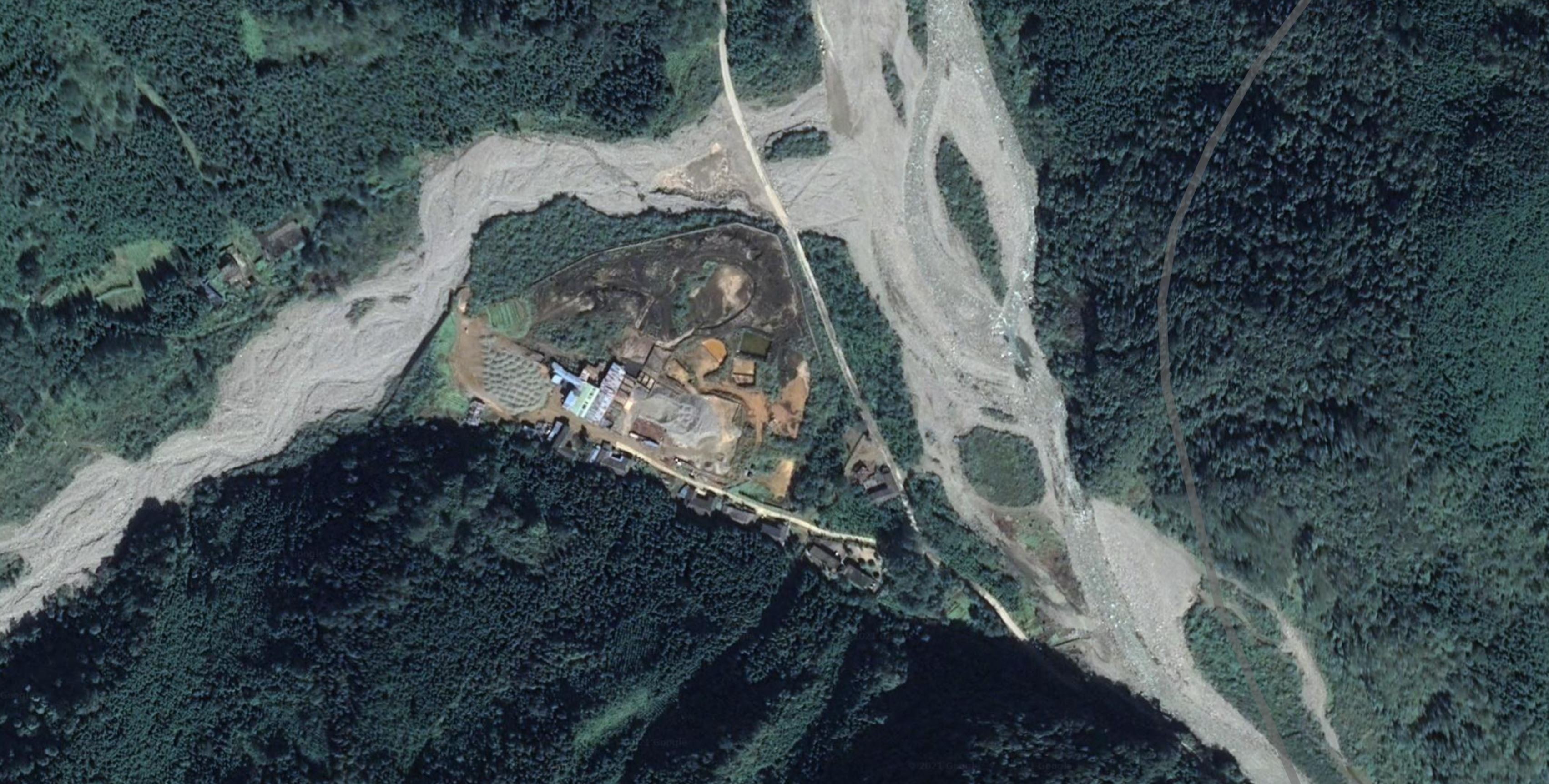 The area's basement rocks are Precambrian charnockitic granulites and gneiss. These were invaded by a variety of alkalic intrusions during the Jurassic/Cretaceous period. There are several large alkaline intrusions as well as numerous small plugs and dykes in the Lushan project area. Alkaline syenitic rocks with locally associated carbonatites are the dominant lithologies. The project is envisioned as a solid surface – approximately 1,400 m in diameter – displayed as bedrock.

The carbonatite is better exposed along the north-eastern side and is generally considered to form a ring structure with a minor area along the north-western edge. The vent complex appears to be a multi-phase intrusion characterized by various carbonatites and breccias exhibiting a spectrum of alteration from potassic fenitization to low temperature hydrothermal / carbo-hydrothermal overprinting, according to data from surface mapping and drill core. The vent complex cuts through the massive nepheline syenite intrusion's western end, however, the external contacts on the vent's western and northwestern sides are concealed behind recent surficial eluvial deposits.

Carbonatite, fenite, and breccia are the main lithologies found in the project's vent complex. Although subordinate ferrocarbonatites are known, the carbonatites are mostly grey calcic carbonatites. The fenites appear to form an aureole around the carbonatite and are dominated by K-feldspar rocks. They are thought to have originated as a result of metasomatism caused by carbonatite intrusion.

The breccias range in size from obviously abraded pebble-sized fragments (pebble dykes) to angular blocks with considerable volumes of breccia in which the fragments appear to have moved little or not at all. The breccias are classified into two types: feldspathic-rich breccias and carbonatite-rich breccias, and are considered to be linked to high-level explosive processes during the vent complex's creation.

The main zone of REE mineralization can be found on the area's northwestern side. Carbonatites, fenites, and breccias contain REE mineralization and are exposed intermittently over a surface area of 350 m by 100 m. Beyond the current drilling limitations and below the deepest vertical intersection of about 350 m below the surface, the REE deposit is untested to the northwest and southwest, and there is considerable regional exploration potential in the area and neighboring carbonatites. A carbonatite plug with substantially sub-vertical edges is thought to constitute the mineralized body.

Three geological domains have been identified in the Lushan deposit for the Mineral Resource concept: a carbonatite domain, a fenite domain, and a 'mixed' domain comprised of breccia and/or finely intermixed carbonatite and fenite.

REE mineralization is primarily found in carbonatites, but it can also be found in fenite and mixed domains. Synchysite and apatite are the most common REE-bearing minerals. When compared to apatites found in typical carbonatite deposits, the apatite is abnormally rich in heavy rare earth oxides (HREO). The REE mineralization is strongly connected with strontianite and baryte, and it is thought to have originated after the carbonatite intrusion through sub-solidus hydrothermal alteration. 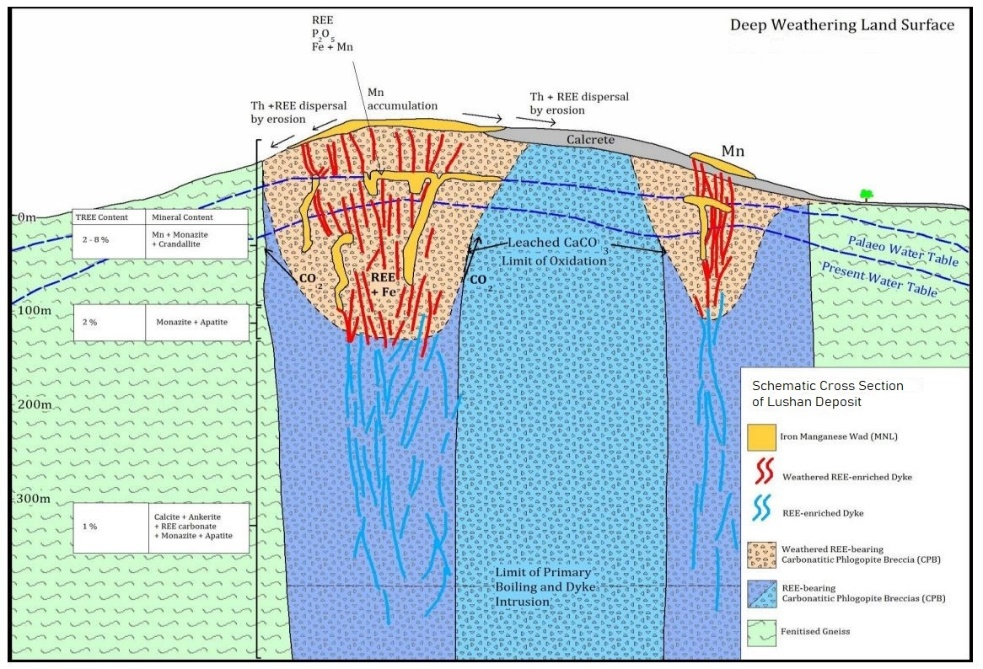 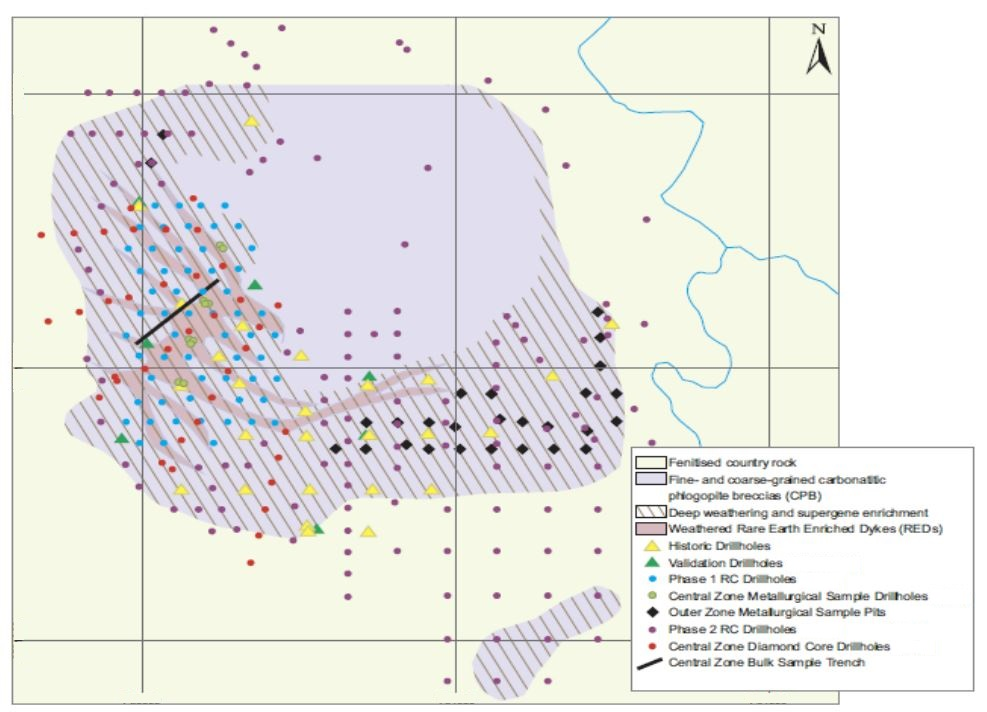 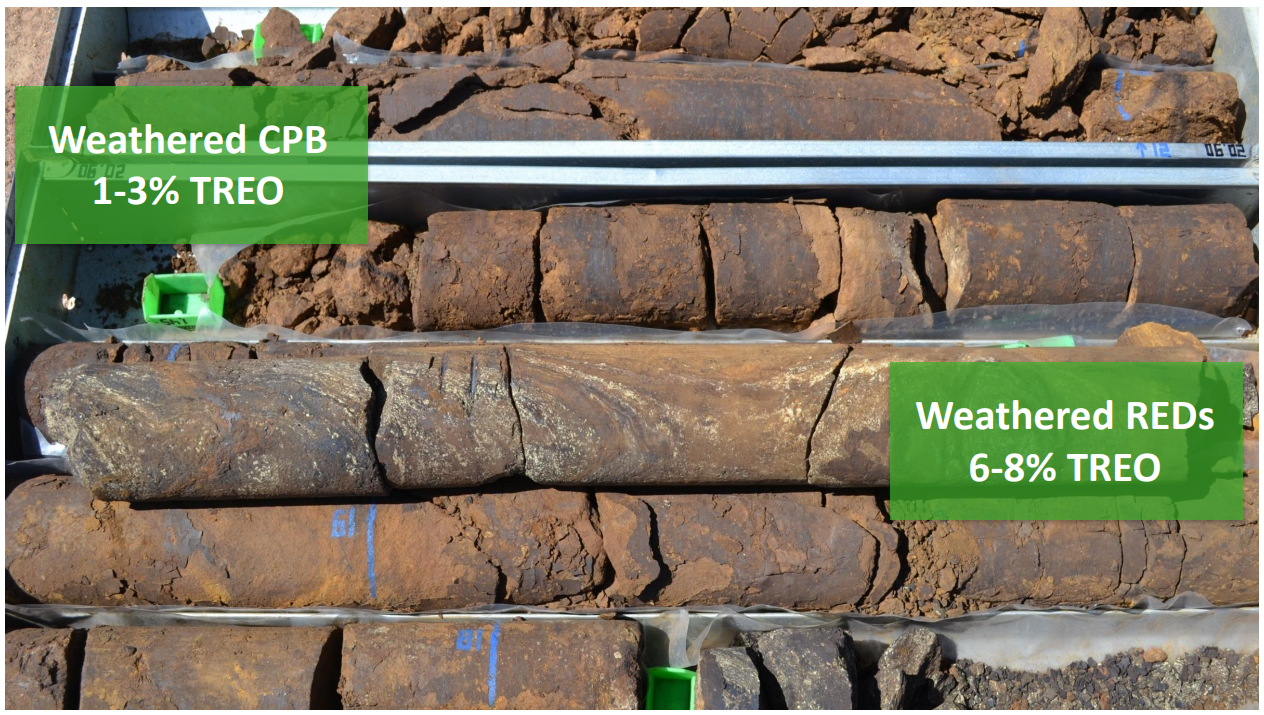 Due to the highly varied mineralogy of rare earth resources, the first basic processes tend to vary considerably between projects. To guide the development of the beneficiation and hydrometallurgy phases, it is critical to commit sufficient time and resources to understanding mineralogy.